Chris Bunting, VP, divisional sales manager for the central south region, leads a team of wholesalers responsible for sales of fixed, variable, and structured annuities from Texas to Georgia. Listen as he presents the toolkit for the Brighthouse Shield Level annuities, which not only offer a level of protection against losses, they also offer growth opportunities during up markets.

Chris began his career in 2003 as a registered representative for an independent broker-dealer in New York. He joined Brighthouse Financial, then MetLife, in 2005 as an internal sales associate.

In 2007, Chris was promoted to regional sales vice president, annuities, in the Upstate and Western New York region. He transitioned to Nashville, Tennessee for the same role in 2010. Chris became regional sales leader in 2014 before being named divisional sales manager in 2015.

As VP, divisional sales manager, for the Central South region, Chris leads a team of wholesalers responsible for sales of fixed, variable, and structured annuities from Texas to Georgia.

Chris graduated from Fordham University with a degree in history. He maintains the Certified Investment Management Analyst® designation and holds Series 7, 63 and 24 licenses as well as Tennessee Life and Annuity licenses. He has completed several courses on leadership through Vanderbilt’s Owen Graduate School of Management.

Chris is passionate about family, reading, guitar, film and exercise/nutrition science. He, his wife Alicia, and their four boys reside in Brentwood, Tennessee along with their French bulldog. 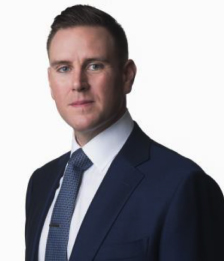 Our Mission Is to Help People Achieve Financial Security

We offer two types of products: annuities and life insurance. This specialization makes us experts in creating innovative solutions that help protect what you’ve earned and ensure it lasts.