How to Use Tax Law to Generate Business, with Frank Warner

Join Frank Warner, CPA and owner of Gintz Warner, PLLC in Silverdale, WA, for his presentation, How to Use Tax Law to Generate Business. Frank has more than 40 years of experience in the financial services industry and has been a registered rep with The Leaders Group since 2002.

Frank Warner has over 40 years of experience in the financial services industry. In addition to being an expert in college and retirement financial planning, he is the owner of his CPA firm located in Silverdale, WA where he has been since 1981.

Frank graduated from Lehigh University in 1970 with a BS in Business Administration. Although he has no idea where his diploma is, he can still readily locate his lime green pure polyester slacks and plaid sport jacket, the true uniform of the 1970’s. In 1975, he received his MBA from Pace University in New York City and reluctantly traded in his fine polyester blends for the more traditional suits required to be worn as an employee of Price Waterhouse and Co. on Wall Street. After working way too much overtime and being concerned about riding the New York subways at odd hours of the night armed only with a necktie and a calculator, he donated his Brooks Brothers suits to Goodwill and took a job with Union Carbide as controller for their salmon and trout raising facilities in the Seattle area. When the company sold that business, he was offered a job transfer to the company’s chemical and plastics division in Texarkana, Arkansas. As difficult as it was to turn down a job in a factory that produced the raw materials for those fine polyester treads from his past, he decided to remain in the Pacific Northwest rather than accept a job in the direct path of tornadoes and overwhelming humidity.

In addition to his CPA career, he competes for the United States in Masters Swimming having won numerous national and world titles over the last 35 years. The latest event he competed in was the FINA World Masters Swimming Championships in Gwangju, South Korea in 2019. 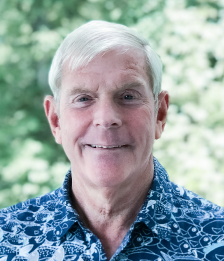