Josh Curtis started Clarity Financial in 2015 in Lincoln, NE. Since then, he has developed an income model for retired clients that delivers higher potential withdrawal rates, reduces sequence-of-returns risk, and helps clients stay invested in volatile markets like the one we’re experiencing now. As part of The Straight Talk Series, Josh is excited to share the Portfolio Waterfall strategy to help you create a replenishing income stream for your clients.

Josh lives in Lincoln Nebraska with his wife Stephanie and two kids Noah and Addy. Josh started in the industry in 2011 as a career agent with Ohio National. In 2015 he started an independent firm Clarity Financial. In the early stages of building Clarity he began searching for a new income model for his clients in retirement. The ideal model would deliver higher potential withdrawal rates, reduce sequence-of-returns risk, and help clients stay invested during volatile markets. This new strategy developed into what’s now called the Portfolio Waterfall. This strategy has been reviewed by several CFA’s and analysts at some of the largest firms in the industry. Today he’s excited to share the Portfolio Waterfall strategy to help you create a replenishing income stream for your clients. 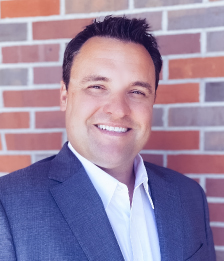 Sean Wickersham has been with the Leaders Group since 2008 and has over 16 years of experience in the financial services industry. Since 2013, Sean has been heading the marketing department, helping steer the direction of the team and has had an active role in the development of the various communications, the formulation and rollout of Starlight Portfolios and the creation of the LEADERSlink system. He has also helped with the re-branding and market awareness efforts. As the President & CMO, Sean’s primary responsibilities include corporate management oversight and planning, and development and execution of marketing initiatives.

Out of the office Sean enjoys languages, with a strong level of proficiency in Spanish, skiing, international travel and spending time with his wife Kathleen, daughter Sloane, and their dog. 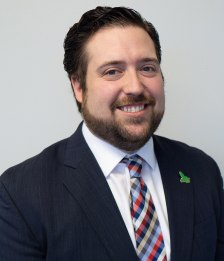