Skip to content
Steve Caldara* | 3 Years In: The Implementation, Struggles, and Successes. What a Change to Fees Looks Like Now

3 Years In: The Implementation, Struggles, and Successes. What a Change to Fees Looks Like Now, with Steve Caldara

President’s Club member and long time Leaders Group rep, Steve Caldara, discusses how recent changes in regulations and client behavior have influenced fee-based advisory business. He has a background in insurance and gradually expanded his focus into investing and financial advising. Steve founded Caldara, Wunder, and Associates in 1996 and has seen many adjustments in the industry over the last 20+ years.

Steve was born in the Northeast and lived there until he was 13 years old. His family family then moved to Colorado, where he has resided ever since. He barely finished high school. Not sure what to do next, he went to work on the production line of a local factory – from11:30 pm to 7:00 am.

Realizing that this was not the future he wanted, he determined furthering his education might not be a bad idea. Steve enrolled in a certificate program at the local community college. He attended class during the day and spent his nights and weekends as a custodian at a local shopping mall. Within a year he completed the college certificate program, and decided to stay in school to pursue his Associate’s degree. Following his Associate’s degree, Steve enrolled in the University of Colorado at Boulder, where he spent the next three years completing his Bachelor’s degree. During his time in Boulder, Steve spent his nights working as an attendant in an alcohol rehabilitation center, while attending classes during the day.

Steve’s professional career began as a sales representative for a Fortune 15 company, where he sold large copiers and duplicators. He was responsible for maintaining a big “territory and customer base” while growing his company’s presence in the marketplace. After three years, and under corporate pressure to relocate from Colorado, Steve left this large employer and entered the field of commercial industrial real estate. Following four difficult economic years in Denver’s real estate market, and refusing to return to the large corporate world, (and wanting not to have his income and opportunities limited), Steve “crawled” out of commercial real estate to sell life and disability insurance.

What was he thinking?

For the next six years, Steve worked for a nationally known life insurance company, building a large clientele, and achieving numerous industry awards and professional recognition. He was ever passionate, though, to build his own business. Eventually, he started Caldara,Wunder and Associates. Building on his background in insurance, Steve expanded his focus into investing and financial advising.

Throughout his career, Steve has succeeded in serving his clients, profession, community and our country. He holds three professional designations. He is a Life & Qualifying member of the Million Dollar Round Table®, a member of his broker/dealer’s President’s Club, and a long-time member of the National Association of Insurance and Financial Advisors® (where he served on the Denver board of directors for seventeen years – three of them as the association president.) 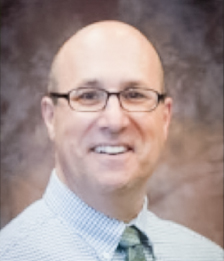